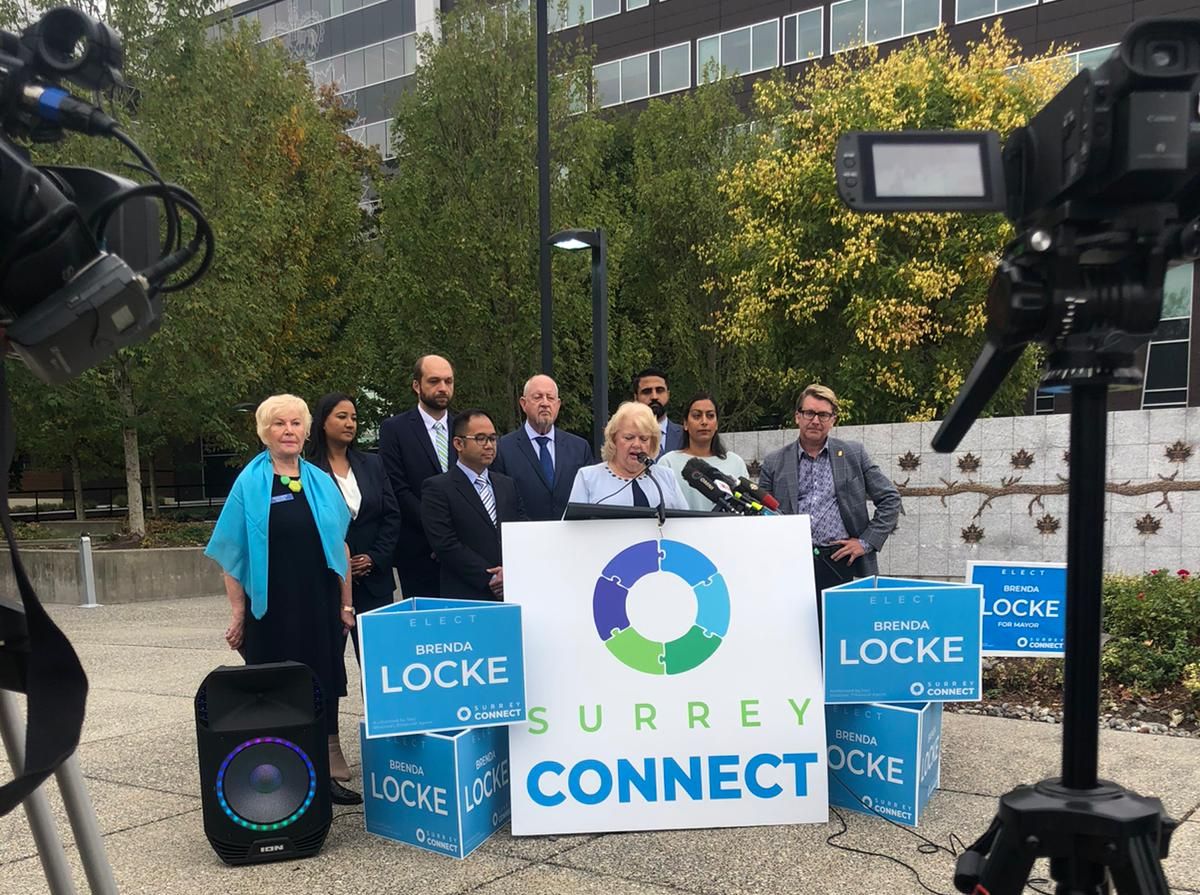 Surrey, BC: Surrey Connect Leader and mayoral candidate Brenda Locke announces policy of keeping the RCMP will save Surrey $520 million over the next 4 years.

“The truth is, it is not too late to save Surrey residents from an average tax increase of minimum $500 each year, it’s not too late to keep the RCMP, and it’s not too late to transition the Surrey Police Service (SPS) out. There is no legal mechanism in place for transfer of assets or a termination date for the RCMP. Currently, SPS members are deployed with the RCMP under a secondment agreement.” says Locke. It is irresponsible and disrespectful to the taxpayers, to keep going down the path of an independent municipal police force. Former RCMP Officer and council candidate Rob Stutt shared, “This transition is already 2 years overdue, and not even half complete. It will take another 4 years of paying for two police forces, to be transition-ready”

Much of the SPS transition plan was based on assumption, that existing RCMP resources, including IT infrastructure would be transferable, and that significant numbers of Surrey RCMP members would join the SPS. Neither has proven to be true. Locke inquired, “Why would a private company think they are owed assets and staff from a government organization?”

Surrey Connect conducted a thorough analysis of the independent municipal police force’s spending, including federal subsidies, capital costs, salaries, and operating expenses. CPA and Council candidate Pardeep Kooner summarized, “The math shows we will save more than half a billion dollars over the next four years, by keeping the RCMP.”

The most fiscally responsible and responsive plan for Surrey citizens is the Surrey Connect plan.

In the spring of 2018, prior to Doug McCallum becoming mayor, a motion was moved to conduct a feasibility study of moving to a private municipal police force. After being elected, McCallum ordered staff to cease the study. The residents of Surrey have never been given a full financial forecast. The cities of Red Deer and Richmond have chosen to retain the RCMP following third party feasibility studies.

To continue the transition to a municipal police force, operating and capital costs are necessary. Below we outline how the financial cost for the transition would impact the residents of Surrey:

Scenario 2: Keep the RCMP in Surrey

The current contract for the Surrey RCMP is in effect until 2032. The cost for this contract, with an increase of 100 Surrey RCMP officers over 4 years, is as follows:

Impacts of Federal Subsidy on Cost to Surrey

The federal government provides a subsidy to municipalities equal to 10%.

Here are the historical figures taken from the City of Surrey Financial Plan:

Cost Impacts of SPS Per Person

** Average cost per person over 4-years with population increase of 18,000/year (e), and excluding capital expenditures

The resulting impact to homeowners is estimated to be as follows over the next four years to pay for the increase in policing costs each year: