McCallum Must Step Down 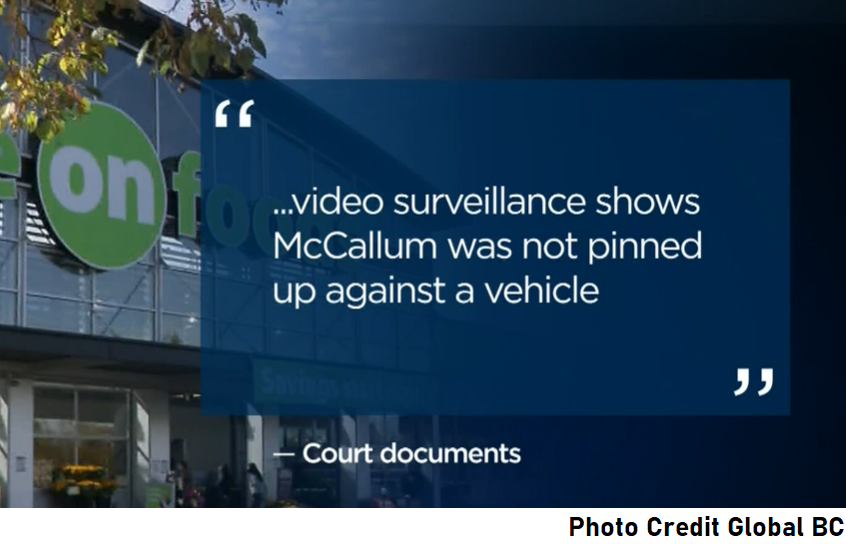 Globa BC reported new facts in the ongoing scandal involving Mayor Doug McCallum and his actions that led to him being charged with Public Mischief by police.

On May 20, 2022, Global BC obtained copies of court documents from the mayor’s criminal court file. Those documents include an “Information to Obtain” (ITO), which is a document the police prepare in order to get a judge to grant them a search warrant.  In this case, it was a search warrant to search the mayor’s house.  The police were looking, in particular, for the runners the mayor was wearing when he says that another Surrey resident ran over his foot on September 4, 2021, in the Southpointe shopping mall parking lot.

The ITO disclosed that police say that McCallum falsely told them that he was pinned up against the vehicle on September 4.  They say that the parking lot video shows that was not true.  Similarly, police say that McCallum says he was limping after being run over.  Again, video surveillance shows that he was not.  McCallum told police the other Surrey resident involved “tore away” from him in the parking lot.  Once again, video surveillance showed that she did not tear away – she rolled away slowly.

“This Mayor must step down.  He must take his leave until these charges are resolved”, said Cllr. Brenda Locke.

Locke stated “If these allegations are correct, this Mayor attempted to have a senior resident of our city charged with a criminal offence in order just to create sympathy – and political benefit for himself and his group of Councillors that support him.  If that is so, that is an egregious and shameful breach of trust, and he is not fit to continue as Mayor.”

Bill 20 is only waiting for royal assent before becoming law in BC.  Bill 20 will make it a requirement that someone in the mayor’s situation step down pending the outcome of his criminal case.  He should do the right thing and step down now.  He should not wait for that royal assent.

“These allegations against this Mayor are shocking and embarrassing said Cllr. Jack Hundial.  “They bring the reputation of Surrey, and particularly the reputation of Surrey City Council, into significant disrepute.  The residents of this City obviously deserve better than to have a mayor accused of lying to police to further his own political self-interest. And the residents of Surrey should not have to wait for changes in the law to force this Mayor to do what is right.  He should do the right thing.  He should go and go now.”

Further, it is reported that the Surrey Police Board has asked McCallum to step aside – he refused. Council can “do the right thing” for the people of Surrey and demand that McCallum step aside until this fiasco is dealt with.

Surrey Connect calls on all members of City Council to call for the mayor to step down.  It’s time for all members of Council to stand up and be counted.  The very integrity of our city government is at issue.  The four councillors that always support the mayor need to stand up for the residents of Surrey.  They need to show the people of Surrey that they are elected to represent our citizens, and not just to do the mayor’s bidding.  If the Mayor will not do the right thing, then they must stand with the rest of Council to demand he does it.  They owe that much at least to the residents of Surrey.  All of Council must demand the mayor go and go now.