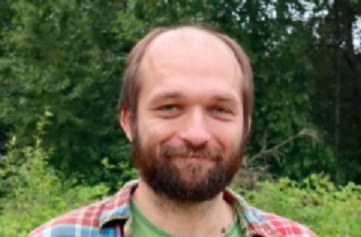 will run as Surrey Connect candidate in the next municipal election

President of Force of Nature and organizer of ‘Save Bear Creek Park’ Sebastian Sadja has thrown his hat into the ring as Surrey Connect’s fourth candidate in the 2022 civic election. He joins the slate’s sitting Councillors Brenda Locke and Jack Hundial, as well as Ramona Kaptyn who joined the team in November 2020.

Born in Toronto, Sebastian’s journey into climate activism began in elementary school when he won an Earth Day flag design contest. Moving to B.C. with his family at age 12, his first run at politics was in 2005 as a Green Party candidate in the provincial election.

Sebastian’s academic background is in political science, having done his undergrad (honors) at Simon Fraser University and his graduate work at the University of Victoria. He focused primarily on global political economy, political theory, and ethics.

At SFU, he organized events and represented political science students taking part in the impeachment and removal from office of a corrupt executive council.

He was also involved with causes at university which remain part of his persona today –  anti-war activism, initially over the US-led invasion of Iraq, abuse of security certificates, housing, and – of course – climate change.

Sebastian has worked as a writer, researcher, carpenter, and communications specialist, but his true passion is volunteer service.

As president of the non-profit society Force of Nature for the past two years, he has focused on getting municipalities across Metro Vancouver to take the climate emergency seriously. He has managed to successfully transition the organization from staff dependent to 100% volunteer-run. Sebastian also volunteers and serves on the boards of a number of other environmental organizations in British Columbia, most notably Friends of Bear Creek Park in Surrey.

Sebastian is car-free and a proponent of clean public transportation. He is an avid reader with a particular passion for science fiction and philosophy, both of which often can and do intersect.

The Surrey Connect slate is thrilled to have Sebastian on board and say: “He will definitely be a strong advocate for the varied communities and concerns we have here in Surrey. As a tradesman, he understands the challenges in construction.”