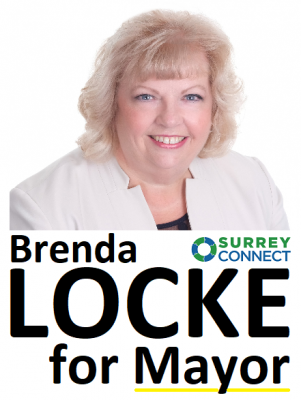 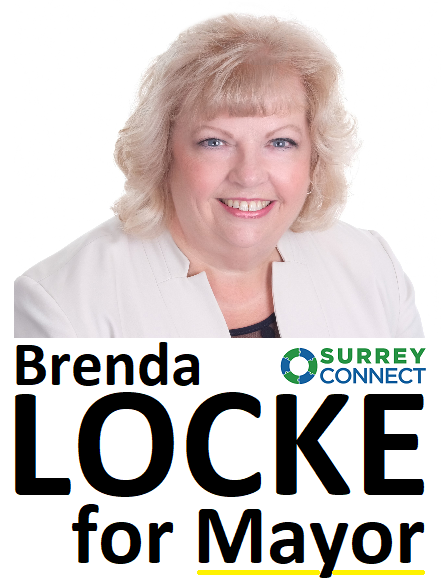 For 39 years Brenda Locke and her husband John, along with their kids and now grandkids, have enjoyed all that Surrey has to offer, from its parks and sports fields to recreational facilities and arts & cultural events.

Brenda’s advocacy for the people of Surrey is sincere and comes from well-established and far-reaching roots in the community.

In her political career, Benda Locke developed a proven track record of creating strategic partnerships and building bridges between organizations.

As a provincial MLA and Cabinet Minister, she worked to bring SFU to Surrey as well as the RCMP “E” Division. In Cabinet, Locke was the Minister of State for Mental Health and Addictions.

Brenda Locke topped the polls in the 2018 Surrey municipal election with 40,497 votes.

During her 25 years career as an Executive Director of non-profit organizations, she advanced numerous high-profile issues by forging excellent working relationships with government, non-profit and the business community.

Locke worked as the Executive Director for the B.C. Massage Therapist Association up until getting elected to Surrey Council in 2018. 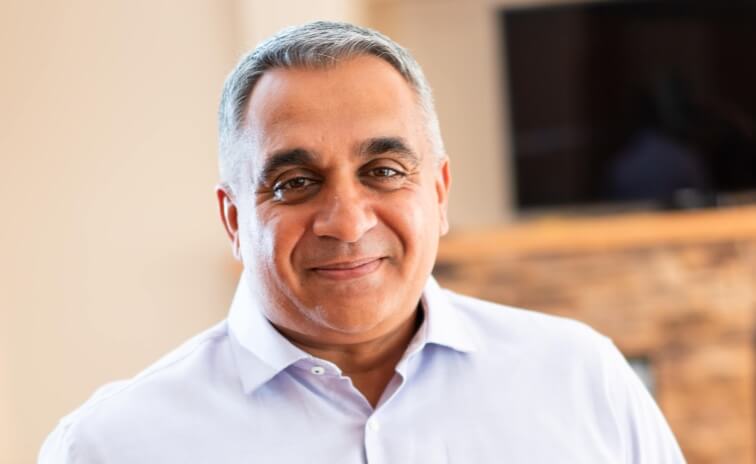 Jack started his 25-year RCMP career in Surrey and he also retired as a Staff Sargent in the Surrey Detachment. This is where he raised his family. He currently lives in Newton.

In 2018 he was elected as a Surrey Councillor.  Jack quickly earned a reputation as one of the hardest working councillors while he continued working as an investigator for BC Hydro.

He also has business experience. Jack typically has an entrepreneurial project or two on the go.

Jack Hundial believes it’s time for a change in Surrey City Council leadership. There needs to be a focus on restoring public trust by creating clear and transparent governance.

Surrey needs a Council that listens to the public and works for the public. 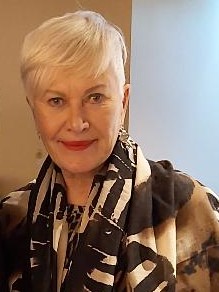 President, White Rock/Surrey Chapter of CARP – A New Vision of Aging for Canada 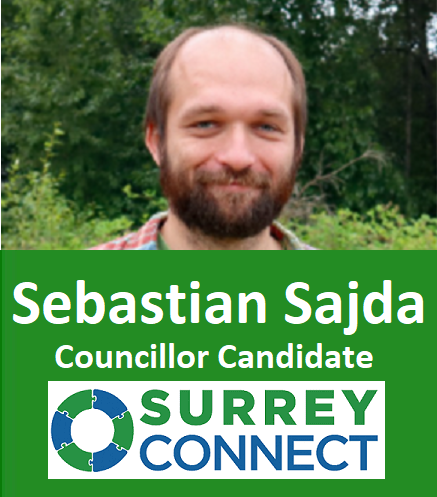 As president of the non-profit society Force of Nature for the past two years, he has focused on getting municipalities across Metro Vancouver to take the climate emergency seriously.

He has managed to successfully transition the organization from staff dependent to 100% volunteer-run. Sebastian also volunteers and serves on the boards of a number of other environmental organizations in British Columbia, most notably Friends of Bear Creek Park in Surrey.

Sebastian had led the charge as the Friend of Bear Creek mount a legal challenge against McCallum’s road through Bear Creek Park.

Sebastian’s first run at politics was in 2005 as a Green Party candidate in the provincial election.

Sebastian’s academic background is in political science, having done his undergrad (honours) at Simon Fraser University and his graduate work at the University of Victoria. He focused primarily on global political economy, political theory, and ethics.

Sebastian has worked as a writer, researcher, carpenter, and communications specialist, but his true passion is volunteer service.

Sebastian is car-free and a proponent of clean public transportation.

Surrey Connect has room for five more councillor candidates who have demonstrated a strong connection to Surrey’s many local communities. If you are interested or would like to nominate someone please contact us.