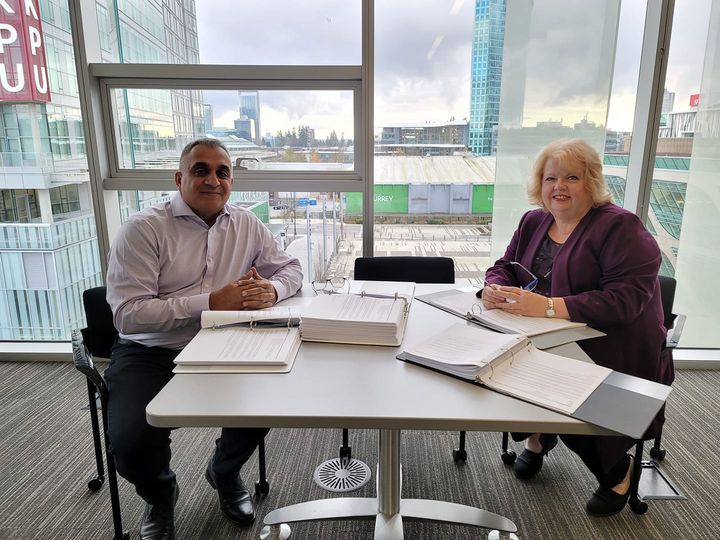 Letter to the Editor: (Did not get published)

April 18 was a beautiful Sunday morning and as I was leaving my mom’s place, a lovely senior lady called out to me.

“Councillor Locke, can we stop it? Are we going to lose our RCMP? What can I do?”

This kind of interchange with Surrey residents is common. My colleagues and I on council have received thousands of emails and correspondence from residents expressing their dismay and displeasure with the Surrey police transition. Many feel public safety is at risk; they are fearful for their personal safety. Others love and admire the RCMP and its Canadian tradition. Some are concerned about the cost to taxpayers.

All concerns are valid and have not stopped or even slowed down for more than two years. Residents are angry that there have been no substantial answers, no real communication, no fiscal responsibility, and no clear path forward. Residents feel they have not even been given a good reason for the police transition, especially now during a global pandemic.

Residents have also expressed dismay regarding Chief Lipinski and Deputy Chief Hyland’s ability to lead as they have done little to give them assurance or confidence in their ‘plan’ for a new Surrey Police Service.

Public safety is second only to health care; the public needs reassurance and deserves answers, but Lepinski and Hyland have provided little other than questionable hires and a great deal of controversy over the budget and other matters. As police officers, Lepinski and Hyland should know that they cannot do their job without the support of the public.

And as for some of my council colleagues saying we all voted for the transition at our first council meeting following the election, I have this to say. Things changed when some of us saw it was unwise to make this kind of systemic change without a feasibility and impact study as well as a cost-benefit analysis. To do so was unconscionable and a dereliction of our responsibility; due diligence was and is required.

The plan was flawed at inception as decisions were made in secret between the Surrey Mayor’s office, the City of Vancouver, and the Vancouver Police Department. The latter two now want nothing to do with the Surrey Police Service or as Premier Horgan called it, the Mayor’s “hornet’ nest”. Additionally, prior to Council even being sworn in, an inappropriate meeting was held with the Mayor-Elect, the B.C. Minister of Public Safety & Solicitor General and questionable others. Then the Mayor and his team took the low road with distasteful props like a fake police car and offensive accusations against the RCMP who have served this city for 70 years. Mayor McCallum cannot continually deflect reality.

The truth is that a majority of Surrey residents do not want, nor can they afford, this police transition A referendum is needed for peace and closure on this issue once and for all, but the mayor refuses.

So, in the end, we have an 80-year-old lady worrying about public safety and believing it is her responsibility to become a political activist.