Another Attack Ad by the Safe Surrey Coalition 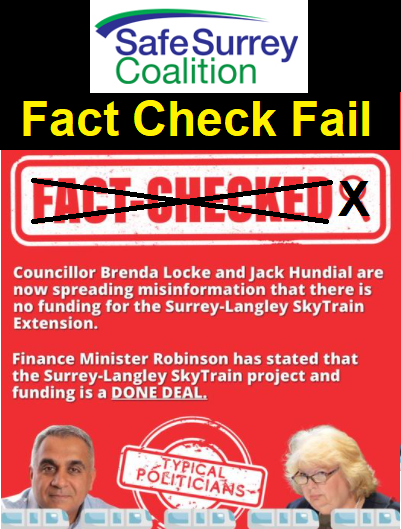 This is yet another – in the series – of attack ads by the Safe Surrey Coalition.

Once again, their comments are flat-out wrong. More on that below.

The interesting thing about these ads is McCallum is not capable of producing them. It is also doubtful that Elford, Nagra, Patton, or Guerra are taking part.

If they are it would be good if they stand up and take credit for these attack ads.

It is more reasonable that the unauthorized person – who previously made an offensive post on the Official Page for Doug McCallum’s Safe Surrey Coalition – is back in control.

Here is a link to the incident surrounding the disgraceful post last year. https://surreyconnect.org/2020/06/02/powers-that-be/

At the time McCallum claimed the ad “was sent out by an unauthorized person.”

Clearly, McCallum knows who it is and McCallum is unable to retrieve the login information and admin status from the unauthorized person. Who the actual boss of the Safe Surrey Coalition has been the subject of debate in many circles for some time now.

Certainly with a budget like this – for Facebook alone – one has to wonder who is funding this.

If you know who the

Back to how the Safe Surrey Coalition’s last misleading Facebook attack ad is obviously wrong.

First of all, that wasn’t exactly what was said.

Looking into the Transportation Budget

for the accuracy of our Press Release

Here is the link to the British Columbia  Transportation Budget 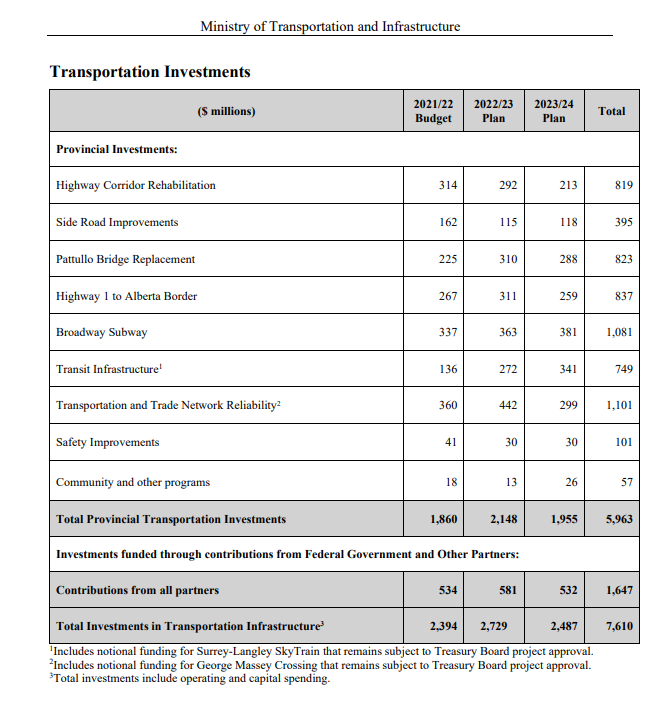 Notice that the Surrey-Langley SkyTrain does not appear on the list. It only appears in the footnotes.

The footnote states that notional funding is included and that is subject to Treasury Board approval.

Let’s look up the definition of notional 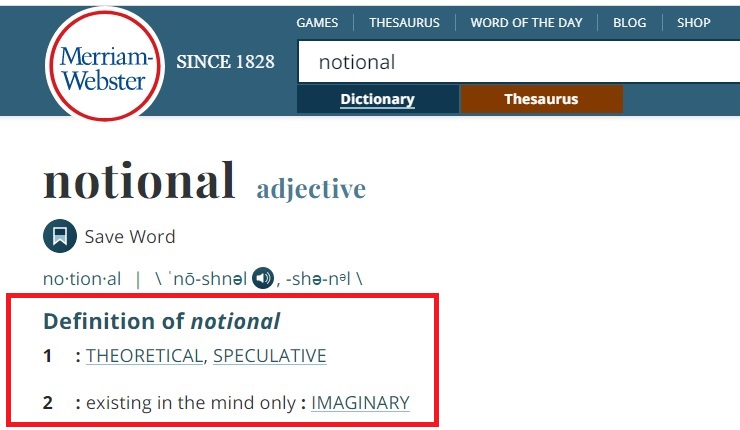 So clearly the statement in the Surrey Connect Press Release is correct. Let’s read it again.

This is the second statement in the

apparently by an unauthorized person

According to Tom Zytaruk of the Surrey Now-Leader what the Finance Minister actually said was:

“Of course it has to go through business planning. I’m working with the mayors’ council as well, they’re critical partners in this.”

B.C.’s finance minister covered some post-budget highlights Thursday as guest speaker of a Surrey Board of Trade meeting on Zoom. The budget was brought down on Tuesday.

“We’re engaging with the federal government, this is a top priority for our government,” she said of the SkyTrain expansion project. “There’s certainly lots of work to do to get the business plan ready but we’re going to see this project right through,” Robinson said.”

While the Minister’s statement is encouraging this is hardly a DONE DEAL – as the unauthorized person would like people to think. In fact, the previous Light Rail (LRT)  proposal – that McCallum quashed – was much closer to being a done deal. Construction on the LRT had already started in 2018. To cancel the project Surrey had to agree to cover $50 Million of the expenses that TransLink had already incurred.

The Province needs to work through the Surrey-Langley SkyTrain business plan and get the Translink Mayor’s Council on board (Low ridership during COVID caused them severe economic hardship) and they also need to get the Federal Government on board as a funding partner.

if the attack ad was actually done by

Better yet, let’s have a public debate