How Much will McCallum Cost You? 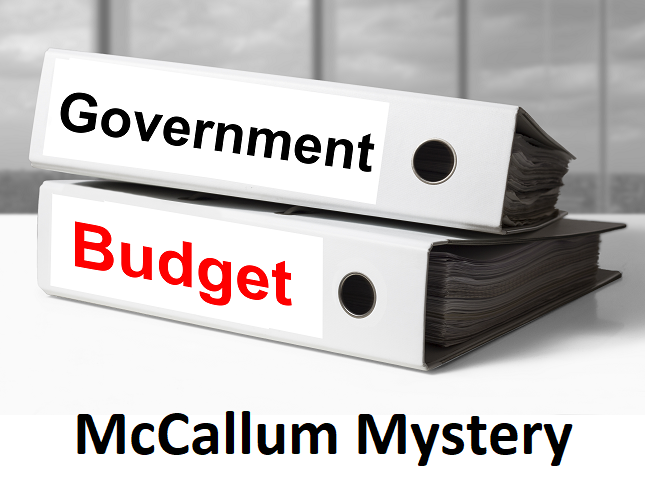 At Surrey Connect we compared taxes on two similar houses.

McCallum promised only a 10% increase in policing costs during the campaign. That would be $61.99, not the $305.50 that is shown here. A reasonable person would expect the municipal police forces in the two nearby cities to cost proportionately the same to operate. It appears that larger increases are on the horizon for Surrey homeowners.

During the campaign, he also promised to cap tax increases at the rate of inflation, but this year he introduced a $200.00 Parcel Tax increase (notice the word tax) and claimed it was not a part of the tax increase calculation.

Parcel taxes are clearly indicated as taxes on the property tax bill. In 2021 it will go up from $100 to $300 for every property – no matter what the value of the property is. A condo will get the same $200 increase as a luxury mansion.

McCallum and the rest of the Safe Surrey Coalition councillors twisted themselves into pretzels claiming their tax increase was in keeping with their promise, but you will know the truth when you pay your property tax bill this year. If you believe their explanation we urge you to be very cautious about the nice canal front land that is apparently becoming available soon.

This is not including the $128 Million police transition budget – which is currently experiencing serious cost overruns. McCallum and the Safe Surrey Coalition are going to cost you money. 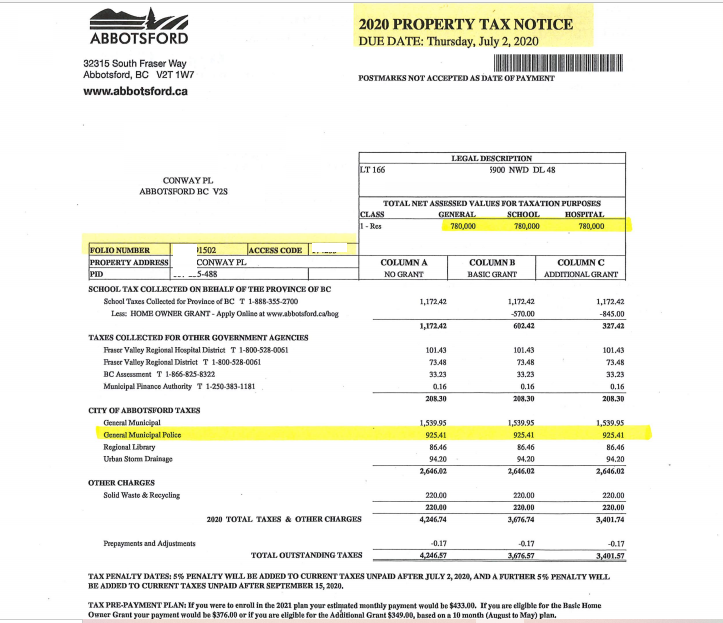 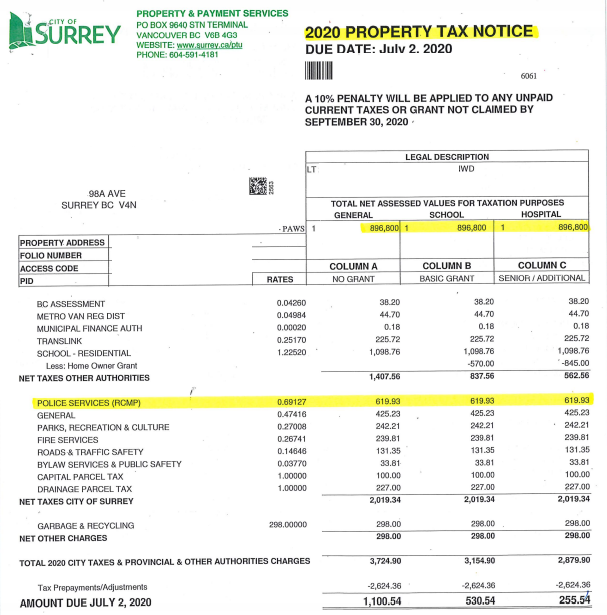