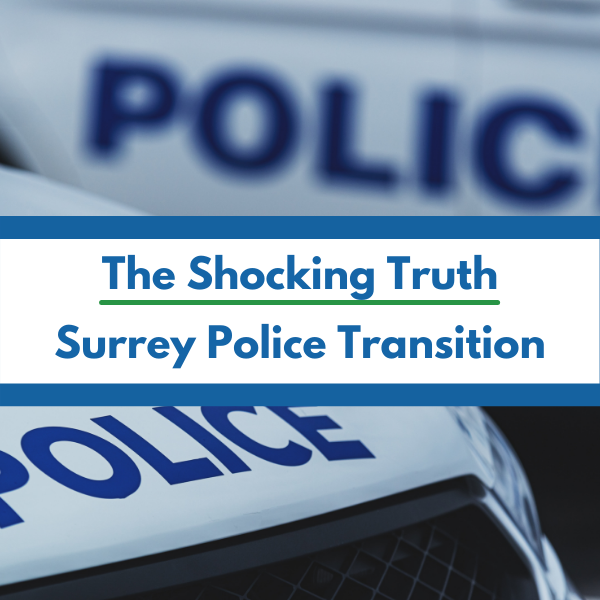 Not staffed by locals as promised

After the expensive transition, it will easily cost at least 10% more than the current RCMP.

The Surrey Police Service (SPS) will also have less officers than the existing RCMP Detachment.

None of whom live in Surrey.

As the Surrey NowLeader noted in their last editorial, this new Surrey police force is so far quite top-heavy with senior members who reside in communities other than Surrey, a condition which flies in the face of Mayor Doug McCallum’s election campaign pitch that we need a police force whose ranks live in this city.

Anti-gang programs are also being cut

Surrey Police Service Chief Norm Lipinski commented in an interview with the Cloverdale Reporter “Of course it’s a little bit challenging with the pandemic, but we’ll be putting together a plan that in the coming months we will engage in the community as we move forward but the timing has to be right for that, meaning we have to have a plan, a strategic plan, first and that is sort of the structure, the bare-bones structure, and then we will consult with the community and then we will put a more comprehensive strategic plan together,” Lipinski reported.

Now for Some Uncommon Common Sense

Kash Heed offers the perspective of 41 years of policing experience to the debate on the Surrey Police Transition.

Hundial was a Staff Sargent with the Surrey RCMP. He recently retired after a 25-year career with the RCMP.

This is a very interesting conversation between Kash Heed and Surrey Councillors Brenda Locke and Jack Hundial.