Clarifying the vote on the Policing Transition 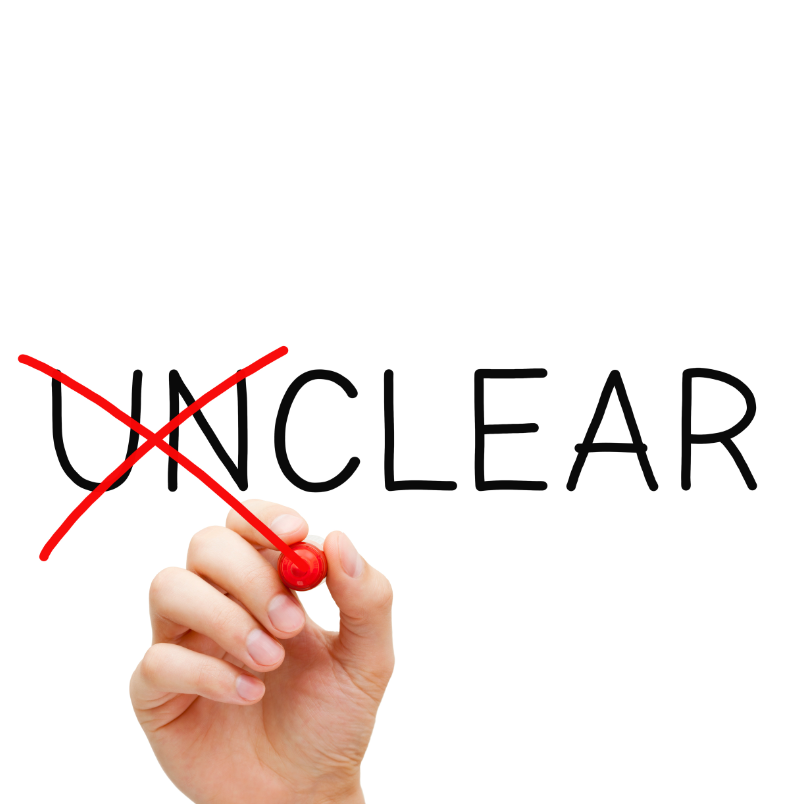 An open letter sent by Councillors’ Hundial, Locke and Pettigrew of the
City of Surrey regarding the vote to transition from the RCMP.

After several instances, formally and informally, withdrawing our original vote of
November 5, 2018, to replace the Surrey RCMP with a city police department, we continue
to hear representatives of the City of Surrey, Surrey Police Board, Province of British
Columbia and the Government of Canada refer to the decision to establish a City Police
Department in the City of Surrey as a unanimous council decision. (Below this letter we have attached a
summary of expressions of rejection and concern for this process.)

This letter is to hereby notify all orders of government that stating the decision is unanimous is inaccurate,
misleading and, in some instances, deliberately so.

As of the receipt of this letter, we require that all orders or government respond accurately
when describing the support, or lack thereof, for the Surrey police transition. It is
important to know that the decision was voted on during the swearing-in ceremony of
Council, when all of council was newly elected. Since that time, the process has not been
transparent and Council has not had the benefit of a cost-benefit analysis, a corporate
report or a feasibility study. It should be expected, at minimum, that work would be
completed when a project of this magnitude, importance, and generational impact is
undertaken.

On December 16, 2019, after consultation with the City Clerk, a formal motion to
reconsider the vote of November 5, 2018, was made and defeated on a 4 to 5 split making
the decision as of that date no longer unanimous. Although the motion did not pass, it was
a clear demonstration that there was no longer consensus with the original vote. During
that same meeting, another motion to make all previous consultation materials regarding
the police transition publicly available was denied which only adds to the lack of
transparency and now lack of trust in the process.

Recently the City of Surrey presented a budget to the public once again describing the vote
of Council by stating “In November 2018, Council voted unanimously to cancel the RCMP
Contract and create its own city police department and served notice to the Province that it
intended to establish its own city police.” As this statement is inaccurate, we ask that this
document is corrected and a formal statement by the City of Surrey be made to clarify the
support of council for police transition.

It will come as no surprise to anyone who follows media for the City of Surrey and the
multiple polls by various organizations, this transition from the RCMP to a local police force
is not supported by Surrey residents. Consistently, inaccurately positioning the support for
this project, be it by council members or the public has led to distrust in the process and
those involved. In future, we require comments regarding positions taken by all Councillors
are reflected accurately.

November 5, 2018
It was Moved by Councillor Patton Seconded by Councillor Elford That Council direct staff to
take all appropriate steps to immediately create a Surrey Police Department in accordance with
the BC Police Act. Council further directs staff to notify the Federal and Provincial governments
that the City of Surrey is terminating its contract for the RCMP municipal police service. RES.Ri8-
2087 Carried

December 17, 2018
Finance Committee – December 11, 2018, All Finance Reports and votes were passed with
Councillors Annis, Hundial, Locke and Pettigrew in opposition. (Council noted that
the community has expressed opposition to the proposed cancellation of 17 major capital projects,
particularly the proposed Cloverdale ice arenas. These projects include community facilities
that would support safe and healthy activities for children and support public safety, but the
SSC members voted against the will of the public.)

April 1, 2019
Councillor Pettigrew put forward the following notice of motion: “That:
1. Council direct staff to develop and implement a process for city-wide public consultation
regarding the police transition; and
2. Staff provide a public Corporate Report outlining the results of the public consultation input
prior to the report’s submission to the Ministry of Public Safety and Attorney General.”
Mayor McCallum ruled the notice of motion out of order and noted that it should be directed
to the Public Safety Committee. A committee the Mayor later dissolved.

July 8, 2019
Notice of Motion to Review of Bylaw Department Organization and Operation Procedures
That staff create a report that will review the organizational and operational procedures
involved in the Bylaw department and that will consider their staffing needs and the tiered
policing of Bylaw Officers as it relates to them obtaining Peace Officer status.

September 16, 2019
NOTICE OF MOTION – On November 2, 2018, a Meeting was held with the Solicitor General
“Whereas the public calendar for the Solicitor General of the Province of British Columbia
identifies that the Solicitor General met with Mayor Doug McCallum on November 2, 2018,
after the last municipal election but prior to being sworn in as the Mayor of the City of Surrey
on November 5, 2018;
And whereas the Solicitor General’s calendar also shows that the Mayor took Bob Cheema, a personal friend with no official status with the City of Surrey, and Chief of Staff Donna (no last name provided) with him to the meeting;
And whereas the public calendar indicates that the topic of the meeting was to discuss traffic
fine revenue sharing; THEREFORE, BE IT RESOLVED that City staff advise Council:
1. In what capacity did Mr. Cheema attend the November 2, 2018 meeting with the Mayor and
Solicitor General?
2. Why was a member of the public with no relationship to the City present at the meeting?
3. What advice or services did Mr. Cheema provide in connection with this meeting?
4. What notes of this meeting were kept by the Mayor or the Mayor’s Chief of Staff?
5. Was Mr. Cheema reimbursed for any expenses related to his attendance at the meeting?
6. How many meetings with other levels of government has Mr. Cheema attended with the
Mayor, including with whom, the dates and locations of those meetings?”
Then in OTHER BUSINESS – It was Moved by Councillor Guerra Seconded by Councillor Nagra
That: Remove Councillor Pettigrew be removed as a Director to the Metro Vancouver Board of
Directors in favour of Cllr Patton. Carried with Councillors Annis, Hundial, Locke and Pettigrew
opposed.

October 7, 2019
OTHER BUSINESS – At the September 16, 2019, Regular Council – Public Hearing meeting,
Councillor Hundial introduced a motion regarding “Review of November 2, 2018 Meeting with
the Solicitor General.”
Mayor McCall um ruled the motion out of order stating that the wording of the motion suggests
wrongdoing made against a private citizen and these suggestions have been refuted.

December 2, 2019
For the second year, all financial plans were not supported by Cllrs. Annis, Hundial, Locke and
Pettigrew as they did not properly address public safety or the proposed transition concerns.

December 16, 2019
During this meeting, significant challenges occurred during the budget debates
https://www.surrey.ca/sites/default/files/minutes/MIN_RCPH_2019-12-16.pdf
Under Other Business
Reconsideration of Surrey Police Department Transition
It was Moved by Councillor Locke Seconded by Councillor Hundial That Council:
1. Immediately stop the process of the police transition in Surrey and conduct a third-party
a feasibility study that is open and transparent to the public and Council. The review is to include
the true financial implications to the taxpayer.
2. Following the feasibility study, direct staff to canvas citizens in a reputable manner to
determine whether to proceed with a municipal police force; and
3. Make all previous consultation materials regarding the police transition publicly available.
Defeated with Mayor McCallum and Councillors Elford, Guerra, Patton and Nagra opposed.

January 27, 2020
Councillor Locke put forward the following Notice of Motion: That the existing process being
followed to consider a transition from the RCMP to a Surrey Police Force be immediately
suspended until a sufficient, respectful and transparent consultation process that meets the
Federal, Provincial and Municipal obligations to consult with our First Nations affected by the
proposed policing changes has been adopted.

February 10, 2020
A motion was made on First Nation Consultation on Police Transition Public “That the existing
process being followed to consider a transition from the RCMP to a Surrey Police Force be
immediately suspended until a sufficient, respectful and transparent consultation process that
meets the Federal, Provincial and Municipal obligations to consult with our First Nations
affected by the proposed policing changes has been adopted.”
Mayor McCallum ruled the motion out of order

April 6, 2020
Notice of Motion: “That all non-essential project work that requires City of Surrey expenditures,
other than regular maintenance of City assets, be paused until there is a better understanding
of the fiscal implications of the COVID-19 pandemic on the City’s resources and the City’s ability
for economic recovery. Non-essential project works includes but is not limited to the police
transition.”
The Mayor ruled the Notice of Motion out of order

June 15, 2020
Notice of Motion: “That a feasibility study that includes a cost analysis be completed by a major
accounting firm that will provide Council and the public with an accurate cost of transitioning fr
om the RCMP to a municipal police force.
Mayor McCallum ruled the motion out of order, advising that Council unanimously voted to
implement the Surrey Police Department, there have been two reports regarding the transition, one of which included a financial analysis, the budget process has been completed with the transition costs included and the Provincial government has approved the Surrey Police
Department.