Another Offensive Post from Doug McCallum and the SSC 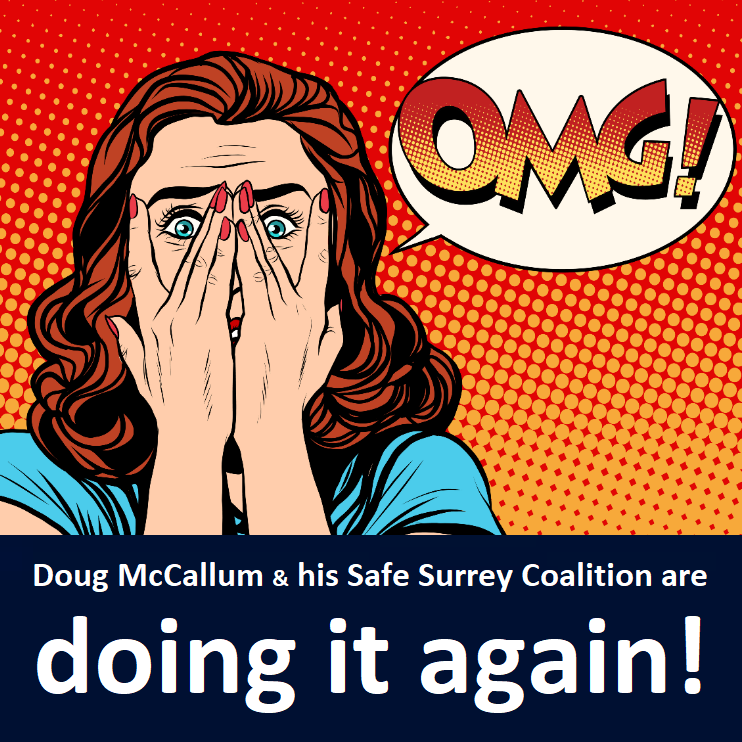 There are three parts to this disgusting episode from the Doug McCallum chronicles The Leaker, the Racial Divide Post, and the Inescapable Accountability that lands right at Doug McCallum’s feet.

A warning: this is a tragedy. Many residents of Surrey will want to turn away, ignore it and hopefully wake up with a new mayor.

Norm Lipinski was a surprise choice as the first Chief of the Surrey Police Service, but somehow this confidential information was leaked early to the Rattan Voice – known supporters of Doug McCallum’s Safe Surrey Coalition. (SSC)

The Lipinski announcement was, in effect, made by the Rattan Voice on the morning of Nov 19th, 2020, ahead of the official announcement. The concerning element of this is that the Voice’s post can easily be interpreted as a warning to the Surrey Police Board members. The tone and early timing of the Voice’s post appear to have that intention.

The confidential information regarding Lipinski’s selection obviously came from someone very close to the Surrey Police Board. There was a tight circle of people in the know. Whoever it was seemed telling the Police Board the to rethink their decision.

At 10:24 on the morning of the Nov 20th announcement, Doug McCallum’s Safe Surrey posted the image below. 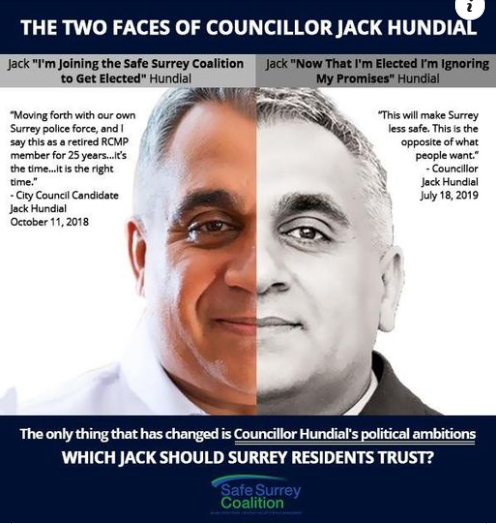 Jack Hundial has since received a credible death threat that is actively being investigated by the RCMP. Here is a link to the Vancouver Sun Newspaper coverage.

UPDATE: the police have made an arrest.

This is not the first alarming Facebook post in 2020 by Doug McCallum’s Safe Surrey Coalition. After a “sickening social media post” in May of this year, McCallum made the following comments to Lauren Collins from the Surrey Now-Leader and they were published on May 30th, 2020. Click on either image to read the full article on the Surrey Now-Leader’s website.

link to a short video about the unauthorized person

First, Jack Hundial is a retired RCMP Staff Sargent who served a large portion of his career in Surrey. Why doesn’t McCallum extend only of his tremendous respect to Jack Hundial?

Second, this was less than six months ago. How has it happened again so soon?

Third, this is terrifying. A Facebook page – that a sitting mayor is clearly accountable for – issued a post that led to a death threat to one of his own councillors.

Fourth, the Facebook post clearly intends to fan the flames of the racial divide in his own community.

McCallum should accept responsibility for the offending post and resign immediately. If he chooses to remain as mayor by again deflecting blame towards the mysterious unidentified unauthorized person then he should name that person, cut off all their access to the SSC social media accounts and deactivate any and all of their key fobs to City Hall including any allowing access to the sixth floor. Any preferential access to City staff should also be eliminated. 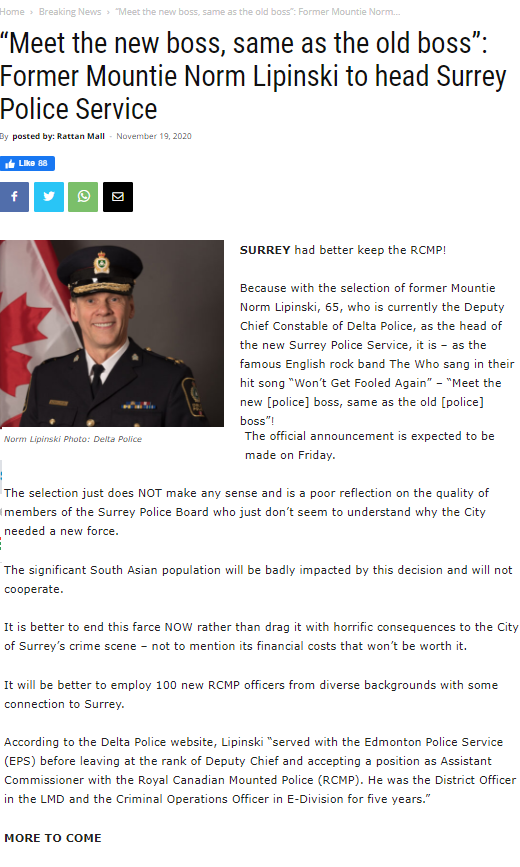