Members of BC Legislative Assembly

Surrey residents have lost confidence and trust in the process to transition from the RCMP to a Municipal Police Department due to the lack of communication and transparency.  It was acknowledged by the Solicitor General that the report done by the City of Surrey and Vancouver Police Department was inadequate, requiring the province to review it for gaps in the proposal.

Mr. Oppal was then asked to review the proposal and address the gaps in the report.  We understand his report has now been deposited with the Director of Police Services, Brenda Butterworth-Carr.  In keeping with the closed process surrounding this report from the onset, Surrey Council has not seen the recent Oppal report.

On February 14, 2020, Premier Horgan received a petition with over 40,000 signatures. Over the course of the year, several polls have determined that the majority of Surrey residents want to maintain the RCMP as Surrey’s Police Department.  (Maple Leaf Poll – 64%, City of Surrey’s own Consultation Report – 73% and now the National Police Federations’ Poll – 77%).  These polling results were achieved even though the public did not have a clear indication of the cost impact to the taxpayer.

Certainly, these results point to a discrepancy between Mayor McCallum’s interpretation of the 2018 local government election results and they clearly do not support his comments that the Surrey residents are in favour of a move from the RCMP.

On May 23, 2019, Premier Horgan stated: “The public needs to have a clear understanding: Why there would be a requirement to change, what the cost of that change would be, and would it be a diminishment or an improvement in the delivery of services to people?” He went further to say, “I can’t answer those basic questions because I don’t know, and if I can’t, I assume the public can’t either.”

Then on May 24, 2019, it was reported that Premier Horgan stated “I would argue, and I’ve made the case to Mayor McCallum, that the public needs to have a clear understanding why there would be a requirement to change, and what that cost would be, and would there be a diminishment in service to people,”

Premier Horgan went further to say that the province “has a significant role to play in the delivery of public safety services in Surrey” and will need to look closely at the details of Surrey’s proposal before it decides whether to allow the change.

It has been unclear throughout this process what the level of service would be nor has there been a comprehensive comparison of the current service of the RCMP with a new, untested Surrey Police Department.  Certainly, cost implications have never been clearly outlined and communicated to council or the public.

More recently, on January 23, 2020, it was positive to hear Premier Horgan speak in support of the concerns of Surrey resident and especially taxpayers when he stated:  “Traditionally municipal forces cost more than the RCMP and again those are issues that the public need to know before they make a final decision.  I think the Mayor appreciates that, he would prefer to move faster, I know that, but I think it is our responsibility to make sure that when Surrey makes these choices, they do it with full information.  That is what the Oppal process has been all about.  And there will be costs, so I think it is important that people know that before they take a leap of faith”

We appreciate that the provincial government is concerned about Surrey taxpayers.  Policing across the country is plagued with escalating cost, therefore, managing those costs is critical to residents and ultimately public safety in general.

The original Police Transition Report did not provide a solid pathway regarding the cost impact to residents.  Further, we have learned that all cost projections were done on a “best case” scenario.  We already know that the reported cost projections for I.T.  in the report will not be achieved and that those costs will be significantly higher than originally budgeted.

The RCMP are a good value for Surrey

Comparisons between cities will provide a general guideline to better understand the cost implications to Surrey taxpayers should we change our model from the RCMP to a local police force.  The chart below is extrapolated from a report by the Ministry of Public Safety.  These are cost per capita in three “like” jurisdictions that have local police forces.  This is based on 2018 statistics.

There can be no question that the police transition will increase taxes for Surrey residents.  The question is by how much.  The above chart is a comparison of the operating budgets from three local police departments.  These numbers do not include the capital costs of the transition nor does it include any costs from a risk management (insurance) perspective.

Cities fund the risk management where there is a local police service whereas the costs for the RCMP are borne nationally. Suffice to say risk management can be a significant and unknown cost to the city when there is a requirement to compensate for personal or property damage done in the line of duty.  Similarly, with employee costs like the health employer tax, the RCMP funds those nationally however, they are funded by cities with local police departments.

Hiring police officers is a challenge throughout North America.  It should be predicted that Surrey will be faced with that same challenge to recruit the number of officers required for a police service even to meet the minimal requirement as stated in the Police Transition Report of 805 officers.  While it has been stated that some members will come from the current Surrey RCMP detachment, that has not been confirmed. There is a further concern that some of the officers will come from other police departments like West Vancouver, Vancouver and New Westminster because the cost of living in Surrey is more in line with a police officer’s wage.

Training for all municipal police departments in British Columbia is done through the Justice Institute of British Columbia (JIBC). The funding and ability for the JIBC to train officers is limited and just keeping up with the existing need for officers in B.C.

In the BC Budget 2020, there was no additional funding to the JIBC to adequately meet the needs of a new police department the size of Surrey.  The RCMP training facility in Regina has more flexibility and can increase or decrease intake as the national need dictates.

In the end, if this issue is that Surrey is concerned about local input into policing in our city, that can be achieved through a Local Police Board for the RCMP.  While this is a new option, it is working successfully in several jurisdictions in the country. Stephen Thatcher, Assistant Commissioner of the Lower Mainland District Commander, ‘E’ Division, RCMP said: “a type of police board, in the form of an advisory or local police committee to support the mayor and council in working with the RCMP is a potential option for the City of Surrey.”

The province is in a position to listen and provide Surrey citizens with an opportunity to have their voices heard.  Likewise, it is important that First Nations peoples are consulted in a meaningful way – government to government – in accordance with all that is right and just.

Now that the police transition file is out of the hands of the local government and the purview of the provincial government, we trust that the province will consider the wishes of the residents of Surrey.

Nov. 5 – Motion to start the process to move to a Surrey Police Department.  Cllr. Hundial’s caveat – it must provide better police service and be fiscally affordable.

Dec. – Budget 2019 guts services and all new infrastructure in order to meet the cost implications of the Police transition.  Infrastructure projects like the Cloverdale Arena were cancelled even though they were shovels in the ground and the Road Levy tax stopped.

May – Surrey sends the Police Transition Report to Victoria.  Council had little or no input into the report.  All work was singularly the purview of the Mayors office.  Council was provided 45 minutes to review the document prior to it being deposited with the Solicitor General.

June 18 – Press Release exposes the lack of resources in the Police Transition Report dedicated to abused children and youth at Sophie’s Place.

A Request was made for the raw data from the public consultation process.

July 15 – Mayor folds the City of Surrey’s Public Safety Committee in favour of a Police Transition Committee (PTC).  Only members of his own coalition assigned to the PTC.  The PTC has never met.

Aug. 12 – Press Release expresses concern that the Police Transition Report does not respond to vulnerable people at risk by cutting the current Police Mental Health Outreach Team by 50% at a time when calls to police for mental health and addictions issues exceed 40% of all calls to the police.

Aug. 19 – Cllr. Locke requests to have the Police Transition Report translated into other languages.  The response was negative.

Aug. 22 – Solicitor General gives Surrey “green light” to proceed with the police transition and appoints Wally Oppal to fill the gaps in the report.

Sept. – Maple Leaf Strategies conducts a poll regarding public interest in police transition.  The outcome was clear 72% of the population in Surrey support the RCMP.

Oct. 1 – Cllr. Locke met with Surrey Lawyer re misinformation communicated to the public regarding the public consultation.  I was told that because the data was stamped “Confidential – Not for Distribution” and it would be a breach to refute the Mayors’ statement.

Oct. 30 – Applied to the Provincial FOIPPA office to have the data released.  After several emails and phone calls, it was determined that the process should go back to the City of Surrey’s FOI office.

Dec. 16 – Budget 2020 is completely focussed on the Police transition with no opportunity to build infrastructure.  The road levy is cancelled once again, and few new projects permitted.

Motion to stop the process of the Police transition until a proper feasibility study has been done that specifically included cost to the taxpayer. Defeated 5/4 split.

Dec. 23 – Data was released at 4:30 that indicated that the Mayors’ comments regarding public support for a Surrey Police Department were inaccurate.

Jan. 21 – Surrey Resident Richard Landale does an in-depth analysis of the police transition titled “Qualitative Review of the Policing Transition Citizen Engagement Survey”.  The author points to a flawed process that did not put a clear question to the public and Thematic Analysis principles inaccurate rationalization of the data information.

Feb. 4 – Cllr. Brenda Locke Signed the petition to “Keep the RCMP in Surrey”.

Feb. 10 – Motion put forward to halt the Police Transition process until proper, government to government consultation had been achieved with both lands based and urban First Nations.  Ruled out of order as the Mayor claimed a relationship with First Nations is not an issue for local government.

Feb. 12 – Cllr. Jack Hundial signed the petition to “Keep the RCMP in Surrey”.

Feb. 14 – “Keep the RCMP in Surrey” delivers 40,000 signatures on a petition to Premier Horgan at his Vancouver Cabinet Offices.

Citizens continue to hold out hope that commons sense will prevail.

LET’S KEEP IN TOUCH!
Sign up to recieve our newsletter 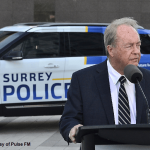 Say NO to McCallum’s PoliceCity 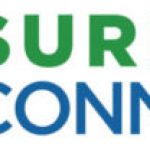