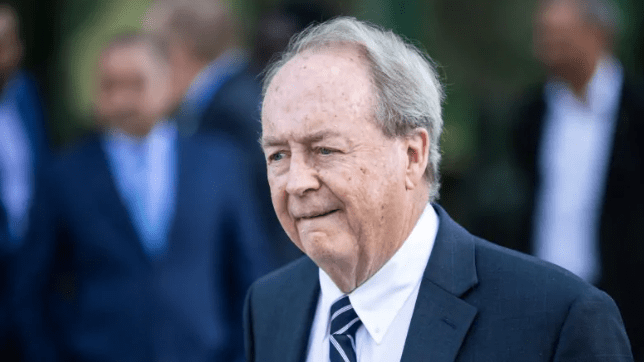 Mayor McCallum is attempting to blast through the Policing Transition Study Report while burying the public’s feedback.

In the spring of 2019, the City of Surrey held 23 public engagement events regarding policing. Apparently, Doug McCallum didn’t like what the public had to say because the residents’ feedback was withheld until late in the day Dec 23rd. Even then it was buried deep inside the City’s website where it is difficult to find.

McCallum’s political party and the City of Surrey also released identical statements at the same time claiming that all the next steps in the police transition will be the responsibility of the Surrey Police Board.

This is flat out wrong and completely misleading. Wally Oppal is the chair of the Surrey Police Transition committee and was officially appointed by the Provincial Government.

Asked what McCallum’s comment meant, Oppal replied “I don’t know what that means. First of all there is no Surrey Police Board and I don’t know why they put out these things. …. They’re getting way ahead of themselves.

Despite having the feedback from the public engagement events for almost 6 months it wasn’t forwarded to Wally Oppal or any other level of government, including the MLA’s in Surrey.

In fact, the City, at the Mayor’s direction, had classified the feedback report and labelled it as confidential. This restricted Surrey employees and elected officials from releasing the citizens’ comments to the public.

I ask you; if citizens make comments – in a public forum – how can they be considered confidential? This is an overly aggressive style of censorship.

DON’T DO THIS! The results from this survey can be used to work with the RCMP on a better path forwards with the ADDITIONAL OFFICERS NEEDED. I did/do NOT consent to a giant increase in taxes for Doug’s pet project.

Don’t bother with a new Surrey Police force, I love the RCMP & DO NOT SUPPORT DOUG MCCALLUM’S IDEA OF A SURREY POLICE FORCE. I can’t wait for the next election so I can vote him & his party out.

Don’t do it! It will cost more and be more subject to political interference. I see no better policing in cities with their own police forces. If the switch is made to our own force probably a large percentage of the officers will the same.

Ensure the majority of residents support it. The mayoral election was not a large enough percentage. Need a referendum. Costing needs to be realistically reviewed.

Forget this ego driven exercise and fund the existing RCMP properly. Hold a referendum on this hate brained… if you dare!!

I am COMPLETELY against this process. It has been closed to the public with no consultation at all. This is being forced on the residents of Surrey without clear and open messaging. The process is the furthest thing from democratic.

I am strongly against a Surrey Police program. Please provide the opportunity for the residents of Surrey to vote on This as it should not be a decision purely based on one terrible Mayor

I didn’t vote and don’t want a local police force. I have to pay for this and no one shows up at the meeting to answer questions or provide data/costs. I do not like the governance being under the mayor and his cronies. I want to keep the RCMP.

I DO NOT believe there is justification for starting a new police force and have not seen such justification coming from Surrey elected officials. I am very angry this has proceeded without first getting public input/feedback.

I do not want a new police force.I do not have confidence in the decision making of the mayor. This survey is too simplistic to allow me
to accurately discuss my concerns about safety in the community.

I do not want to change from the RCMP to a local force. This decision is being rammed down our throats. A referendum should be held..perhaps attached to city taxes so that ALL taxpayers have a say in this issue

I strongly DISAGREE with the proposed change to a local force rather than the RCMP.In today’s environment, we need a force that is integrated with national intelligence and other forces. YOU DO NOT HAVE A MANDATE FOR THIS CHANGE!!!

I think Surrey should stay with the RCMP. I do not want to pay for the Mayor’s election promises, which are fear-based and not based on reality. Changing the gun/gang problem entails greater social change which police can’t do.

I think that the Mayor should abandon this issue. It will cost the taxpayers much more money than keeping the RCMP, and the Mayor is basically using smoke and mirrors. This is a vanity project for Mayor McCallum, pure and simple.

I think the SPD is a terrible idea that will end up costing Surrey residents both in the pocketbook as well as service levels.

I want the Mayor to drop his personal vendetta against the RCMP and cancel this ridiculous project. He lives in a fantasy land with the numbers he projects. The RCMP are doing a fine job.

I want to know how much this is going to cost. The way this is being handled leaves a bad taste in my mouth-way too secretive. IMO the mayor has had a personal issue with the RCMP in the past, he’s determined to get back at them.

If you use Abbotsford as a model who have their own police, the gang problem there is no better and maybe worse than Surrey. I believe the RCMP is doing a good job and moving to a local police force
will have no effect on crime and raise my taxes.

it doesn’t matter what uniform the police are wearing. Give the RCMP the extra 300+ members that Surrey PD would have and save our city money and translation headaches. End this foolish transition to Surrey PD

It is important to consider DROPPING THIS STUPID IDEA and do more to support the RCMP because RCMP is the GOLD STANDARD for policing. I am NOT paying for McCallum’s vanity project and the SPD would be WORSE than the RCMP in every way.

It’s a stupid idea to start your own police force! We need more RCMP officers now not all the time consuming B.S. McCallum is shovelling done our throats .

Keep the RCMP. The mayor has made numerous non factual statement. Vancouver collects 1.5 billion in tax revenue and spends 385 million on policing. The Surrey police will increases property taxes by a significant amount. Does not make sense

Mayor McCallum is wrong to push this through without a referendum. This isn’t a bike lane… this is a major change to our city and all citizens should be given an opportunity to access the transition reports and make an informed decision.

Proposal must be reviewed by Surrey citizens then voted on in referendum. I am strongly/totally opposed to proposal, I will be lobbying Provincial Government to reject proposal as not in Public interest. Mayor does not have mandate for this nonsense.

Public consultation? A small foyer, question box, info board /table and oh yes his Surrey Police car. Are you kidding me where’s the consultation? What a joke. Again no transparency. Where is the Mayor hiding now?

Now you know why McCallum wanted the public consultation report to be deemed confidential – the real question is why did staff play along?

Thanks to Brenda Locke and Jack Hundial for pursuing this for 6 months and getting the public’s opinion released for all to read.